Home Renovation ROI: Why Homeowners Fail and Investors Succeed? (despite everything the billion dollar DIY industry is telling you)

Here’s the Remodeling Magazine 2019 Los Angeles Cost vs. Value report for renovations. This is based what the average consumer would experience paying retail prices for materials and labor. You’ll notice only six have a positive return on investment (ROI) and the average ROI for these is negative (-7%).

The highest ROI is created when replacing a garage door at 123.8% or adding stone veneer 130.1%. This makes sense because for many Los Angeles metro homes the garage door is often a visually large part of the home’s front elevation and relatively inexpensive to replace. Your standard garage door is 16′ x 7′ (112 sqft). In comparison, if you had to replace 112 sqft of siding or stucco on the home’s front, the cost would be far, far higher and require a permit. So the garage door is often a quick, cheap upgrade to the home’s curb appeal. Similarly for the stone veneer, it’s often installed over the existing stucco, so no demolition or permits, or re-waterproofing of the exterior wall, so this is quick and cost effective.

But after these, the Homeowner ROI for the other projects falls off dramatically, with the vast majority being negative and the average for all a loss of 7%. Let’s just be crystal clear about what that means for the average LA Homeowner. You spend $50,000 to fix up your house and when you sell you only get $43,335 back after transaction costs.

Or, to put it in another far more real world way, after all the time, expense and hassle of doing all the design, vetting the contractors, traveling to all the stores to pick out all the various tiles, lights, vanities, plumbing fixtures, stone, paint etc. etc. etc., handling the inevitable unexpected problems and budget explosions that will happen during the construction, managing the construction and labor kind of yourself (because contractors like to ski, golf, surf, fill-in-the-blank and you are not their only client), losing time from work and your kids, losing that kitchen or bathroom for weeks, eating way too much pizza, and don’t let me get started on the seventh level of hell that is firing a contractor only then to desperately, desperately try to find another who will fix all the first guy’s screw-ups (and at a very pretty penny too). After all that, the average LA Homeowner gets to LOSE, that’s right, lose, almost $7,000. Sounds wonderful, where do I sign up?

Why is it true Professional Real Estate Investors are so much better at this than Homeowners, despite everything the billion dollar DIY industry keeps telling you? Why would it not be true? As you sit there reading this, I don’t know what your profession is, but if it’s anything other than mine, professional real estate investor/developer, I’ll safely bet $10,000 that you’re way better at your profession than I would be if I temporarily switched careers because it looked easy on a TV show. I can swing a baseball bat, and I’ve seen Bryce Harper and Mike Trout do it on TV, but that doesn’t mean I belong in Major League Baseball.

Homeowners are babes in the woods. They have no experience, don’t know anyone in the industry, watch a few totally bogus flip shows (I know, I’ve been recruited 4 times) and think anyone can do it. They pay full retail for all their materials and often more than retail for their labor (by far largest and most costly component of the budget) because they are scared and don’t know any better. And for all of these reasons their projects take 2-3 times longer than a pro’s, and yes, time is money.

The reality is it’s really hard work, and we’re very good at it from of years of experience and hard, hard earned success (just like Mr. Harper and Mr. Trout). Much of the work I’ve done has been financed by both my investors, and my lenders. I love them and they love me. Why? Because they’ve made money every single time they’ve trusted me with their hard earned dollars, and likewise I love the fact that if I ever need capital it’s only a quick phone all away because of my perfect track record.

So, circling back to our title “Home Renovation ROI: Why do Homeowners Fail and Investors Succeed?” As my chemistry teacher at Menlo-Atherton High School, Mr. Condon would say, “Chemistry is simple, but not easy.” The same is true here, and the difference is practice, practice, practice. Bryce and Mike, I’ll see you in the batting cages.

Low Ball Investors vs. Selling To Us

Which Route Is Best For Me?
Puts More Cash In Your Pocket? 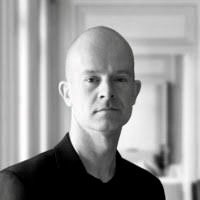 “As an architect working in Los Angeles over the past two decades, I’ve seen it all, good and bad. Bruce and his team are among the very best and I cannot recommend them highly enough. His attention to detail and ability to get the absolutely best value for his clients is unmatched; in an industry where so much can be difficult, he’s a pleasure to work with; and most importantly, he delivers on what he promises. I recommend without any reservations whatsoever.”

“The work is always top quality and in line with current trends.” 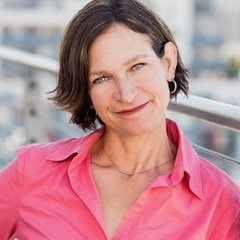 “FlipGreat is the perfect partner when a property needs improvement to maximize its potential. Bruce is a master at seeing what needs to be done and his execution is on point, market-relevant, cost-effective and flawless. The work is always top quality and in line with current trends (sometimes even ahead of them, Bruce is that good!). I highly recommend FlipGreat!”

“He is Straight forward, ethical and loyal.” 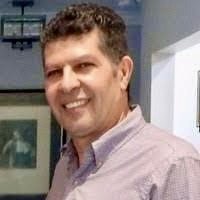 “I have done business with Bruce for over Ten years. He is Straight forward, ethical and loyal. I would never do a real estate or construction without his consultation. I am a thirty-year veteran in Flooring, construction and real estate.”

Get Your Fair Cash Offer: Start Below!

On average, our clients sell their houses for $107,813 more than listing with an agent or selling to other investors. Put in some basic info below to sell your house fast for top dollar...